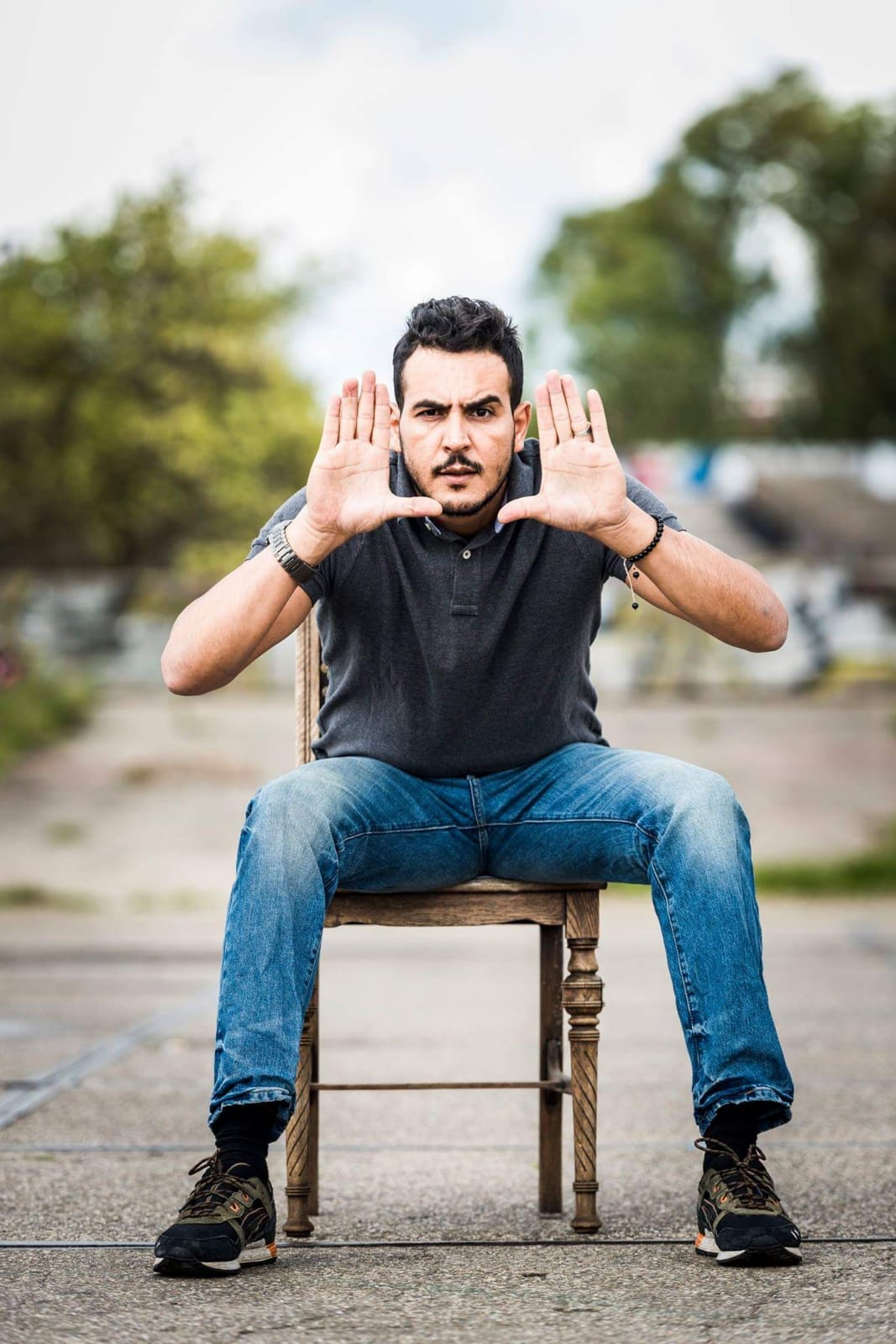 Najib, a young Dutch-born to Moroccan parents, completed his bachelor of law the day where his oldest brother was arrested due to his involvement in criminal cases.

Since then, his life has changed radically.

Vulnerable and on the verge of depression, Najib met Brahim who proposed him an exit by guiding and accompanying him on the way to paradise.

M. Wahid Sanouji is a Moroccan actor and producer living in Amsterdam since 2007. He graduated from Institut Supérieur d'Art Dramatique et d'Animation Culturelle (ISADAC) in Rabat, 2006 cohort. Wahid recorded several participations as a TV and movie actor both in Morocco and Netherlands.

He began his career as Principal maker of De Engelenbak theater company in Amsterdam during 3 years. M. Sanouji participated to a plenty of specific professional training with the objective to master the camera, film editing, script-writing and production techniques that enabled him later to join Shootmedialab as a report Director.

In 2012, Wahid wrote the script and produced his first short film 'Bus station 112'.
In 2014, he produced 'The decision' that won the best Director award in Meknès International Youth Film Festival in 2016.
He also got the 'Ambassador of Tolerance' award from Het Paleis van de Verdraagzaamheid in 2015 for his devotion and its promotion of Human Rights in all his cultural and artistic projects.

Wahid is the founder of Thespis Productions in Amsterdam and also the Art Director of Mediacteur association.

Recently, M. Sanouji produced his first full-length movie 'The Way to Paradise' covering a true story around the immigration of Moroccans to Netherlands.